Leading manufacturers for over 25 years 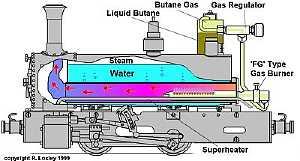 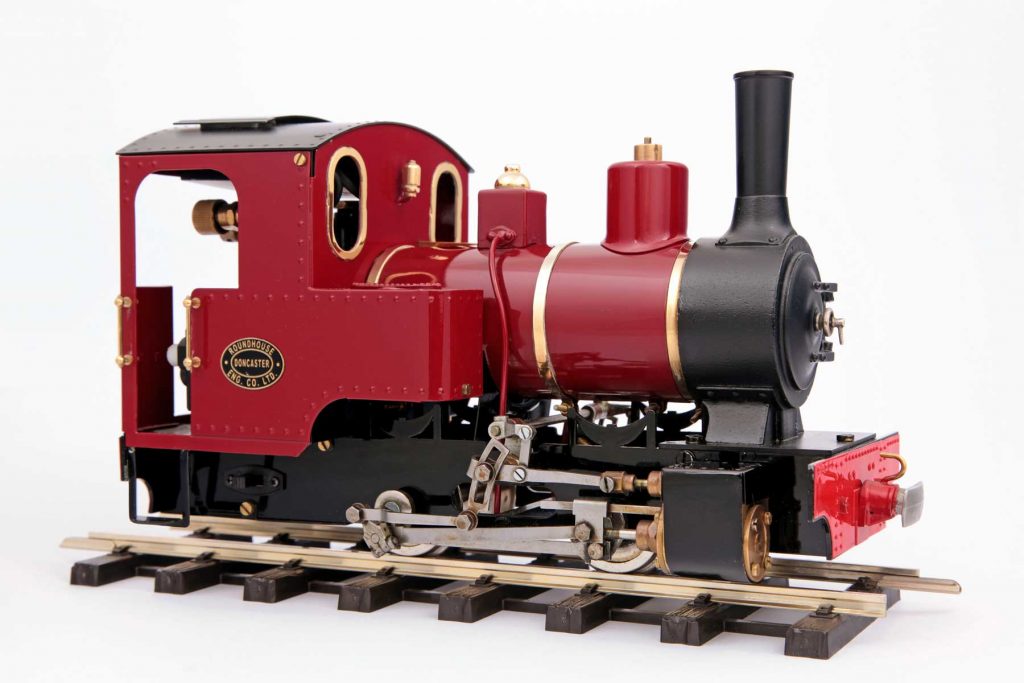 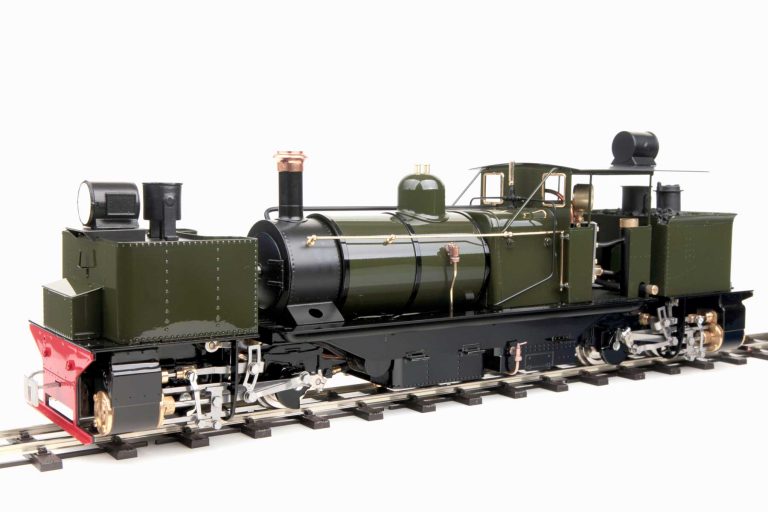 The Darjeeling Himalayan Railway is probably one of the most famous narrow gauge railways in the world. Situated in India, this engineering masterpiece which rises a total of 6,850 feet over it’s 50 mile length, was constructed between 1878 and 1881. Built by Beyer Peacock & Co Ltd. At their Manchester works, the Garratt locomotive was delivered to the Darjeeling Himalayan Railway in 1911 and was put into service on 30th June. It was assigned by the DHR as Class ‘D’ and given the running number 31. The locomotive was thought to have carried the name ‘Highland Chief’ for a short period in the 1920s and was regularly seen working between Tindharia and Darjeeling. It finally earned its keep on the extension lines hauling loads of 200 tons, and was eventually scrapped in 1954.

The Roundhouse Class ‘D’ features a wealth of detail to augment the legendary ROUNDHOUSE performance and reliability.

Accucraft Trains, manufacturers of Live Steam and Electric Models, was formed in 1994 in Mountain View, California. The company’s first project was a 1:24 scale boxcar. The following year saw the production of detailed 1:24 scale 4-4-0 and 2-6-0 locomotives. The models were painted and hand assembled in the little California office, and the company was soon off and running.
As Accucraft has grown, so has it product range. The firm now caters to model railroad enthusiasts in scales from On3 up to 7.5″ gauge ride-on equipment. Electric and live steam locomotives are offered, along with detailed rolling stock and an extensive line of track to fill out the range.
Live steam locos have appeared in 1:32, 1:20.3, 1:19 and 1:13.7 scale, covering everything from diminutive 0-4-0s to massive 4-8-8-4 UP ‘Big Boys’!
Details of current models are available through Accucraft.

G SCALE HOBBIES are agents for all Accucraft models. Contact us for details of new releases.

The model will be gas-fired with slide valves and have all the features the Gauge 1 fraternity have come to expect from an Accucraft locomotive. The cylinders are drilled, tapped and plugged to accept DJB Engineering’s automatic drain cocks.
The chassis is constructed from stainless steel. Boiler, cab and tender are constructed from etched brass. Like other fine scale models from Accucraft, it will provide many years of enjoyment.